We use cookies to analyse website usage, deliver personalised offers and promotions and improve your browsing experience. More info 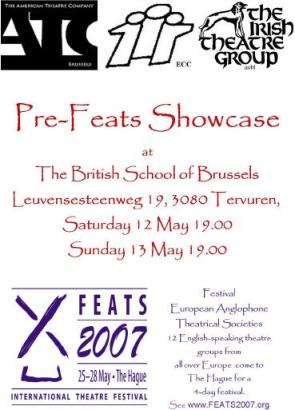 Three sixteenth century faces: ‘The Anatomist’ – an old man who should know better than to chase young girls gets the fright of his life; ‘The Trial of Sister Bigass’ – nocturnal carryings-on in a convent; ‘Tarabin’ – the scheming servant receives his just retribution.

written and directed by Vicent Eaton

Marlowe’s Faust tale re-told. The story of a man and his deal in selling his soul to the Devil. A myth that still resonates in today’s society.

THE TWO GENTLEMEN OF VERONA

This delightful early Shakespearean comedy, his shortest play, is a barrel of laughs, introducing themes and ideas that Shakespeare would return to time and again. Come join the fun watching the characters become embroiled in an ever more confusing plot!

To be performed outside in the historic grounds

There is wet weather provision.

The show goes on regardless!

Children five and under free

Bring something to sit on and a picnic if you wish

No dogs will be allowed in the grounds of the château 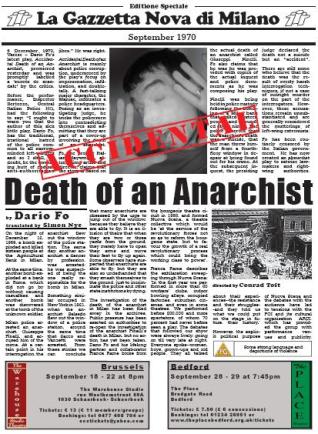 English Comedy Club presents
ACCIDENTAL DEATH OF AN ANARCHIST
by Dario Fo, directed by Conrad Toft
18, 19, 20, 21 and 22 September at 8pm

Nobel Prize winner Dario Fo tells the story of an anarchist railway worker who “fell” to his death from a fourth fl oor window of the police headquarters in Milan. Fo’s maniacal protagonist wittily probes the police offi cers who conducted the anarchist’s interrogation, discovering everything but the truth about what actually happened on that fateful night…

The updated translation by Men Behaving Badly writer Simon Nye propels this hilarious satire on police corruption into the present-day. Don’t expect a quiet night at the theatre!

Anna, a servant girl who has been somewhat befriended by her mistress Edith, meets an attractive stranger, Charles, at the annual country town fair. A second meeting leads to not unexpected consequences. Charles, a budding barrister, returns to London. Anna, genuinely fond of the young man, cannot read or write sufficiently to correspond with Charles so persuades her mistress to write on her behalf. Through this correspondence Charles falls in love with Anna, whom he believes has written the letters, and Edith falls likewise. How will it all end? With sadness for someone! But whom? 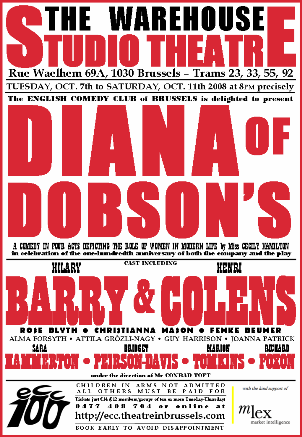 To celebrate the ECC’s 100th year, we are performing Cecily Hamilton’s Diana of Dobson’s, which is also celebrating its centenary.

The play is a comedy exploring the role of women at the beginning of the last century. It centres around Diana (Hilary Barry – Max Dix [ITG]), a shop girl who inherits a small fortune and decides to live a little of the good life. Mistaken for a wealthy widow, she soon attracts the attention of an older businessman (Richard Foxon – Journey’s End, Animal Farm) and a dashing but financially-challenged captain (Henri Colens – Accidental Death of an Anarchist, Café Theatre [ATC]).

The play is directed by Conrad Toft, who also directed Accidental Death of an Anarchist, the ECC’s opening production of last season. Conrad says that this production “shows just how much and how little has changed in the last century; not only in attitudes to women but also in our ideas of society, wealth and, above all, comedy!”.

Tickets cost 14 euros (12 euros for groups of ten or more Tuesday to Thursday / ECC members) and can be booked online here.